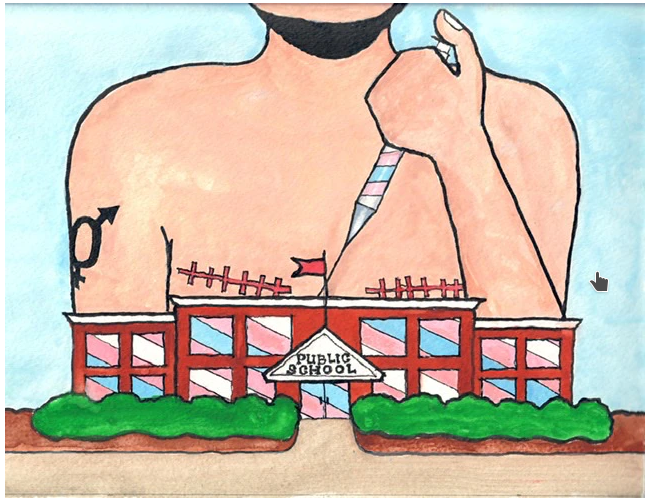 The title of this article, Gender Voodoo in New Jersey Classrooms: A Movie Review besides denigrating those of the Voudun faith by using the word 'voodoo' as a pejorative, also suggests that this may be an issue unique to New Jersey.

But this article otherwise sheds much needed light in its discussion of an effort, international in scope by the lobby for gender ideology, to capture public education institutions. It cites specifically a document called the "National Sex Education Standards" (local copy). This 'standards' document was developed not by the US DoE, as its title might suggest, but by political advocates aligned with the gender lobby. It is now required by state school board guidance for New Jersey public schools starting with the next academic year.

It is safe to assume that the with a title claiming to articulate national standards, and content advancing the goals of the gender lobby, that advocates have no intention of stopping with New Jersey. And in that effort they have engaged the help of advocates concerned for interpersonal violence and others whose conception of age-appropriate sex and relationship education are likely to be supported by greens and feminists.

In short, its a tangled mess.

Among the guidance provided by these standards, labeled as a core competency for the K-2 curriculuum, is that 'by the end of the 2nd grade, students should be able to':

Many gender critical greens and other feminists are likely to support teaching an awareness of 'sex-role stereotypes' and their role in constraining acceptable behavior, even for children as young as 4-7 years old. Yet we also understand that in the current context, our public institutions have been captured by the psuedo-science of sex-denialism propagated by advocates for gender ideology who are clearly adrift from biological reality.

It is not a feminist conception of gender (as a tool for the sexist oppression of women and girls which also constrains the reality of men and boys) which is likely to form the basis of lesson plans offered by elementary teachers. Seasoned teachers are constantly being driven from the field. Younger teaching staff in our public schools have been mis-educated and indoctrinated by captured post-secondary institutions.

The 3-5 curriculum establishes six goals in the gender identity area, including four labeled as core competencies, some of which explicitly and unambiguously veer far from evidence based science, including for the 8 to 10 year olds:

We all know that sex is determined at conception and observed (not assigned) at birth.  Ultrasound technology has made it possible to observe sex far earlier.  Adult influencers on social media are doing plenty enough damage without our schools contributing to this social contagion.

But for the gender lobby, there is no interest in ending this indoctrination at 10 years of age.  They have plans for the rest of your child's time in public schools as well.  It can lead to no good.

The Democrats, funded by the trans-lobby, are pushing this. Republicans will toss the baby (bodily autonomy, consent, respect) out with the bath water. Ideally family and faith communities would provide the essentials.  But we know that for most kids, their so-called sex education is provided by the pornographers streaming content to the phones they were gifted by their parents.

It requires the adults in the room to take a nuanced approach which can separate the misogyny of sex-denialism from the solid work captured in this document to craft curricular guidance which can appropriately prepare young people for the complex world into which they were born. And earning the trust and respect of the public for its implementation will take a far more respectful ear given to those parents raising concerns than has yet been exhibited so far by education policy makers in New Jersey.

If you count yourself among those adults, please take a moment to subscribe to the list for the gender critical greens PAC. When you do so, we'll send you a copy of our pamphlet, "The Lobby for Gender Ideology: A Quick Primer".  Lets stay in touch and explore how it is we can work together.